Pets are the new kids in U.S. apartments 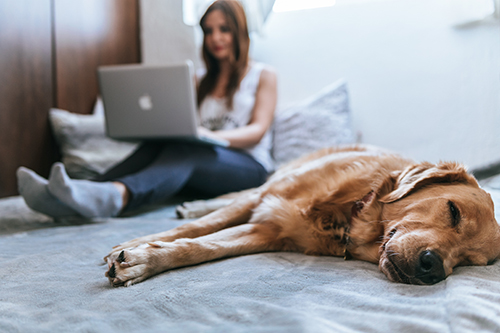 A couple of autumns ago, an employee at RealPage, a leading provider of cloud-based software to the multifamily property management industry, awoke to the piercing screech of the fire alarm in his Dallas apartment community. Residents dashed outside as firefighters rushed in.

It was an odd sight: hundreds of people in their jammies and bathrobes, huddled outside in the chilly night. But what really impressed the RealPager was the number of dogs and cats with them. He heard more barking, meowing, and the insistent wailing of the fire alarm than anything else. Kids, not so much.

That squares with recent findings from a RealPage Analytics study of millions of individual apartment-lease transactions that showed a 38% increase in pets per apartment from 2010 to 2017. During that same period, the number of children per apartment declined 14%.

In fact, American pet owners today are more likely to call themselves pet parents, not pet owners. And with more and more Americans living in apartments, many are discovering that pet parenting is a whole lot easier than child rearing.

Pets are a natural for apartment living. They take up less room than kids, eat less, and don’t need their own bedrooms. The same goes for their bathroom needs. Cats just need a litter box. For dogs, the outdoors is fine.

The “Great Pet Flip,” according to The Washington Post, is the reality for millennials, who are less likely than the previous generation to own a home or car, be married or live with a partner, or have kids.

But they do have more pets.

How has this affected the rental property management industry? For one thing, pet-friendly apartments are now the norm rather than the exception. For example, the American Humane Society found that, in 2016, 98% of apartment communities in the Denver metro area accepted cats, 93% accepted small dogs, and 66% accepted large dogs.

Does that mean properties have properly addressed the pet ownership trend? Maybe not. Prospective renters today have as much access to information about the pet-friendliness of entire neighborhoods as they do the pet policies of individual apartment communities. Are there dog parks nearby? Veterinary facilities?

How about upscale pet supply stores?

Which brings up another issue: How much should property construction and development strategies take into account community and neighborhood pet-friendliness?

It’s certain that more questions like these will arise. After all, if today’s residents are requesting more and more unique amenities to accommodate their lifestyles, can their pets’ needs be far behind?

How about doggy daycare and pet gyms in-house? Pet-treat delivery? And, yes, valet waste-disposal services? Don’t be surprised. The next generation of apartments might be a whole other breed.

Drop Us a Line!